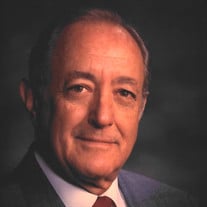 Albert Nathan Cohen was born on April 10, 1926 in Passaic, New Jersey. From 1943 to 1944, he chased Nazis and all the mayor’s daughters from Belgium to Germany. He came home on a troop ship sailing by the Statue of Liberty. In 1945, he took a train to Miami, Florida to begin college at the University of Miami, and on that train he met his lifelong friend and business partner, Irving Waltman. After graduating from college in 1949, he stayed at the “U” for law school and earned his law degree in 1953. Al practiced law for several years, then decided his career would be in commercial real estate, a field in which both Al and Irving were a successful team. Al loved the University of Miami, and was a lifelong supporter of the university and it’s athletic department. He maintained a “Living Scholarship” for athletes and he was a Golden Cane. Al was very charitable, not only towards the “U”, but also to UM Sylvester Cancer Treatment, and many charities for children’s causes. Al gave from the heart, preferring no recognition. Al had a tremendous sense of humor, was the life of every party, was generous to a fault towards his family and friends, and was a warm caring person. He is survived by his loving partner in life, Gloria Muroff, as well as his nephew, Barry Bloomfield, his nieces, Beverly Doran and Robin Sachs Murphy-Sandru, and Gloria’s children, Jan Milestone, Jodi Goch and Joseph Muroff. Cryptside Service June 30th at 2:30pm at Lakeside Memorial Park, Lakeside Memorial Park, 10301 NW 25th Street, Doral, Florida. Arrangements by Levitt-Weinstein Blasberg-Rubin-Zilbert Memorial Chapel (305) 932-2700

The family of Albert Nathan Cohen created this Life Tributes page to make it easy to share your memories.