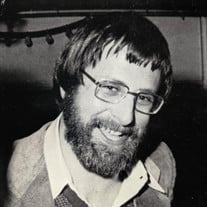 Barry Michael Greenspon died Saturday, May 29, 2021. He was the beloved husband of Rosemary (Matrascia Barre) Greenspon for 50 years, dedicated father of Amanda (Ryan Bibbo) and Zachary (MacKenzie Gibson), and devoted vovô to his grandchildren Evan Michael, Caroline and Lilia. While he most recently resided in Plantation, FL, he spent the majority of his life in New York City, NY and Old Greenwich, CT. Born on August 8, 1939 to Lawrence and Sylvia (Corner) Greenspon, Barry was raised in what is considered the most idyllic place on earth – Wilkes-Barre, Pennsylvania. Growing up, Barry developed his sharp sense of humor and reveled in making his childhood friends laugh at inappropriate times and in embarrassing ways. Much milk was spewed through nostrils. An oft recounted adolescent achievement was forcing a giggle fit on a friend during a local tv broadcast much to Sylvia’s chagrin. (His children would later experience numerous similarly ill-timed giggle fits to Barry’s consternation.) A graduate of Wyoming Seminary, Barry enrolled at the University of Pennsylvania where he joined Beta Sigma Rho and continued to sharpen his wit. Barry served in the army reserves after graduation where he once convinced his platoon that they would receive a day off for Bird Migratory Day – a holiday Barry invented where all must stay inside to avoid being pooped on. After such successes, his next move was natural: head to New York City and begin an audacious advertising career. Over the next few decades, Barry was the creative force behind campaigns for American Airlines, Cadbury, Colombian Coffee, Mobil, Mr. Peanut, El Al, Alabama Power, and, perhaps most enduringly, Michelin. Barry loved and excelled at trivia and quizzes long before Buzzfeed was a thing. His family and friends recall his love of witty conversations, the Boston Red Sox, the UConn Women’s basketball team, really horrible puns designed to elicit eye rolls from his wife, Bruce Springsteen, making “good time,” the Everly Brothers, recounting childhood exploits, grammar and vocab, Pennsylvania peaches, Simon and Garfunkel, cargo vests, powerful cars, homes with character, the elusive perfect burger and milkshake, Victory Pig Pizza, Junior’s Cheesecake and Rosemary’s temper when appropriately directed. More recently, Barry loved his grandchildren’s lacrosse games, Sunday night dinners with the family, and the results of the 2020 election which put a Scranton native in the White House. Barry was predeceased by his parents and his pets Dylan, Dandy, Brando, Baci and Kallie. Assuming all dogs go to Heaven, Barry is in good company. His family will be welcoming visitors at his daughter’s house on Tuesday June 1st between 4-8pm with a short service conducted at 6:30pm. In lieu of flowers, the family asks that you get vaccinated and make a donation in Barry’s memory to the Humane Society of Broward County, https://humanebroward.com/ As his wife, daughter and son left the funeral home after making his arrangements, a chicken crossed the road in front of them. His family appreciates Barry sending a good set up. Arrangements by Levitt-Weinstein Beth David Chapel (954) 963-2400

The family of Barry Michael Greenspon created this Life Tributes page to make it easy to share your memories.