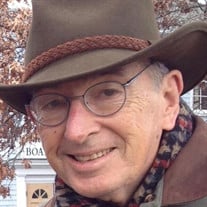 Daniel David Nixon, former Chief of Hematology Oncology at Mount Sinai Medical Center and a long-time resident of Miami Beach, Florida, died peacefully at home on January 18th surrounded by his loving family after a long battle with Parkinson’s Disease. Dr. Nixon was known as a compassionate healer, with a wry sense of humor, snazzy socks and sharp bowties. He had recently turned 87 years old. He is survived by Tamara Nixon, the love of his life and his best friend; as well as his children, Asa, Naomi (Greg), and Victoria (Odile); his grandchildren Sara, Max, Elizabeth, Eleni, Aaron, Talia, and Micah; his daughter-in-law, Ruth Feldstein; his brother Harvey Nixon and an extended family of nieces, nephews and cousins. Daniel and Tamara met at the Nautilus Hotel swimming pool in Miami Beach soon after Daniel graduated from Dartmouth. He was smitten by her brains and beauty. At the end of that summer, he began medical school at the University of Pittsburgh, and she headed off to Wellesley College. A year later, he tracked her down again in Miami Beach. They were married within days of their respective graduations and celebrated their 61st anniversary in June. Daniel was born to Irving and Sara Nixon in Los Angeles CA and grew up both there and in New Castle, PA. He was a devoted son and had a close relationship with his younger brother, Harvey, which continued throughout his life. They shared a passion for fishing, gardening, dogs and reading. At Dartmouth College he made lifelong friends with whom he and Tamara took many trips together. After marrying in 1959, he completed his internship and residency at Mount Sinai Hospital in New York where he practiced for a short time before being drafted as Chief of Medicine for the 12th Evac Hospital in Cu Chi, Vietnam. He returned to New York to pursue a fellowship in Hematology and Oncology at Columbia Presbyterian Hospital. Shortly after completing his fellowship, he tired of the snowy winters and the traffic on the Long Island Expressway, and the family moved to Miami Beach, where they raised their three children. He became Chief of Hematology Oncology at Mount Sinai Medical Center, where he worked for many years. He cared deeply about his patients, taking a genuine interest in their lives – far beyond treating their illnesses. Dr. Nixon was a pioneer in the compassionate care movement. As the first medical director of Vitas Hospice and a leader of Schwartz Grand Rounds at Mount Sinai Medical Center he touched the lives of innumerable colleagues, patients and families. His ties to Israel and the Jewish community ran deep. He was a member and supporter of Temple Beth Sholom for more than 50 years. He completed a fellowship at Tel Ha Shomer Hospital in Tel Aviv. He was also recognized for his leadership by the Israel Cancer Research Fund. He loved fishing, gardening, weekly tennis games with best friends, ceramics and travel and was an ardent fan of the Dolphins and the Heat. He had a love of beauty in all forms—art, music, literature and poetry. Family was everything to him. He kvelled at his children’s’ and grandchildren’s’ successes and cherished his time with them. In short, he lived a life that was way too large for the confines of this obituary. The family wishes to thank Marc Hercule, Idell Robinson and Laverne Markey for their great care and support, both recently during Dan’s illness, and over more than forty years. Thanks, are also offered to Dr. Peter Segall and to Rabbi Gayle Pomerantz. Services and Shiva will be private. Contributions in Dan’s memory may be made to Temple Beth Sholom in Miami Beach (www.tbsmb.org), the Upper Valley Jewish Community in Hanover NH (www.uvjc.org), or the charity of your choice. Arrangements by Levitt-Weinstein Blasberg-Rubin-Zilbert Memorial Chapel (305) 932-2700

The family of Dr. Daniel David Nixon created this Life Tributes page to make it easy to share your memories.