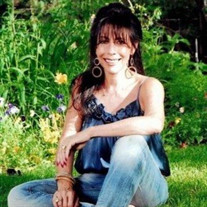 Eileen Winkler Youtie passed away peacefully on Monday, March 15th, 2021. She is survived by the love of her life, her husband Philip Youtie, daughter Haleigh Youtie, son Maxwell Youtie, sister and best friend Sheila Slewett, nephew Gregory Slewett, and niece Danielle Zimmerman. She was born in Pittsburgh, Pennsylvania, on June 10th, 1954, to Harold Leighton Winkler and Rose Kotler Winkler. She grew up in Pittsburgh surrounded by her large Kotler family. At the age of 12, she moved to Miami Beach with her sister and mother. She graduated from Miami Beach High and the University of Miami, after spending two years at Syracuse University. Before starting her family, Eileen was a career woman. She began her career as an accountant until opening up her own firm called Small Business Funding. In her thirties, she met her soulmate, Phil. They got married on October 29, 1994, and started their amazing life together. Once Haleigh and Max were born, their loving family was complete and they traveled the world together. Later in life, she dedicated herself to charity. She spent years helping underprivileged high school women through Women of Tomorrow, fulfilling the dreams of Israeli children with terminal illnesses through Larger Than Life, and helping anyone and everyone who needed it. She devoted her life to her family, friends, Judaism, and her immense amount of charity work. After being diagnosed with breast cancer and testing positive for the BRCA gene at age 58, she found her newest mission in life which was to get everyone of Ashkenazi heritage tested for the BRCA gene. She saved hundreds of lives in the process by working with the Yodeah foundation. She was the brightest light in every room, an angel on Earth, and every person she met was better for having known her. Her family will continue her charitable legacy and in lieu of flowers they are asking for donations to Women of Tomorrow and Larger Than Life in her honor. There will be a zoom funeral, please contact a family member for details.

The family of Eileen Winkler Youtie created this Life Tributes page to make it easy to share your memories.