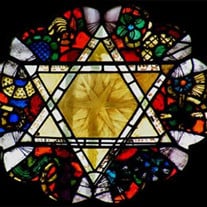 SHIRLEY LAXER OBITUARY Shirley Laxer passed away on November 13, 2020 at the wonderful age of 99. According to her final wishes, she did not want a funeral. She willed her body to science and it was transported by Levitt-Weinstein to the University of Miami Medical School on November 19. Shirley (Geller) Laxer was born in the Bronx, NY on July 11, 1921 and grew up in Brooklyn. Following her high school graduation, Shirley worked as a department store clerk and secretary. After raising her children in Oakdale, NY, she moved to Queens and for many years, became the office manager of an accounting and financial planning company in Manhattan. Although she was a capable office manager, she was relieved to have retired before the age of computers. She spent most of her retirement in Queens, moving to Pembroke Pines, Florida, to be close to her sister Bea (and escape the icy sidewalks), at 88 years young. In the last several years of her life, she was lovingly cared for by her devoted aide, Audrey Daniel. In many ways she was a woman ahead of her time. She read nutritional food labels, became a vegetarian and attended meditation retreat centers long before those things were vogue. Shirley was exceptionally intelligent, fiercely independent and determined to live the life she wished for herself (some, including Shirley, lovingly called this trait stubbornness). She kept up with current events, loved to hike, read, and play bridge and Rummikub. Shirley noticed and admired beauty everywhere. She found it in her bustling multicultural neighborhood of Forest Hills, Queens and in modern art museums in “the city.” She felt it in the music of Louis Armstrong and Ella Fitzgerald. And, above all else, she savored it in nature, invigorated by hikes in crisp autumn air and comforted by warm sand in her toes at the beach. She relished being surrounded by framed photographs of the beautiful faces of her children, grandchildren, and greatgrandchildren. Shirley was the beloved mother of Teven Laxer and Eileen Forrester, mother-law of Dorit Hertz and Bill Forrester, grandmother of Nomi Weiss-Laxer (Ezekiel Young), Gabriella Laxer, Phrederock Nosanwisch (Blair), Ben Wischusen, Emma Blaser (Mark), and Ellen Ensley (Brandon) and great grandmother of August Young, Lucian Young, Honi Nosanwisch, Erev Nosanwisch, Anna Blaser, Grace Ensley, and Shane Ensley. May her memory be a blessing. In lieu of flowers, donations in memory of Shirley can be made to: Doctors without Borders American Cancer Society Southern Poverty Law Center Sierra Club Foundation American Jewish World Service Act Blue Georgia Senate Runoff (not 501 (c)(3) Or the charity of your choice “Have you also learned that secret from the river; that there is no such thing as time?" That the river is everywhere at the same time, at the source and at the mouth, at the waterfall, at the ferry, at the current, in the ocean and in the mountains, everywhere and that the present only exists for it, not the shadow of the past nor the shadow of the future.” ― Hermann Hesse, Siddhartha “The world was so beautiful when regarded like this, without searching, so simply, in such a childlike way. Moons and stars were beautiful, beautiful were bank and stream, forest and rocks, goat and gold-bug, flower, and butterfly. So lovely, so delightful to go through the world this way, so like a child, awake, open to what is near, without distrust.” ― Hermann Hesse, Siddhartha Arrangements are private under the direction of Levitt Weinstein/Beth David Hollywood, Florida (954)963-2400

SHIRLEY LAXER OBITUARY Shirley Laxer passed away on November 13, 2020 at the wonderful age of 99. According to her final wishes, she did not want a funeral. She willed her body to science and it was transported by Levitt-Weinstein to the University... View Obituary & Service Information

The family of Shirley Laxer created this Life Tributes page to make it easy to share your memories.

Shirley Laxer passed away on November...