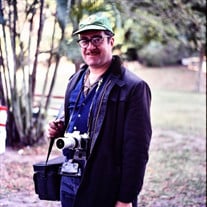 Dr. Martin Samuel Zucker, 1930-2020 (מאיר שמואל בן אלי מלך) Martin Zucker, eldest child of Max Zucker and Florence Greenberg Zucker, grew up in Brooklyn and attended Stuyvesant High School in New York. He graduated from Cornell University in 1951 with honors in Engineering Physics, and served honorably in the U.S. Army Reserves at the rank of Second Lieutenant. He earned a doctorate in Experimental Physics from University of Wisconsin in 1958, his dissertation comprising novel research into the spin polarization of fast neutrons. At Wisconsin, he met and married the artist and educator Roberta Swire. They made a home on Eastern Long Island, where they raised four children, and were together until Roberta's passing in 2019. On receiving his doctorate, Marty attained a research position at Brookhaven National Laboratory, where he remained until his retirement in 1993. Marty's career at Brookhaven was dedicated to teaching, research and service for the public good. For many years his efforts concentrated on the challenges of preventing the spread of nuclear weapons. He specialized in inventing and improving novel instruments and methods to detect any diversion of secured nuclear materials. This work brought Marty to research facilities across the USA and internationally, including extended appointments in the 1970’s at the International Atomic Energy Agency in Vienna. He was a key participant and co-author of the Black Sea Experiment, an unprecedented 1989 collaboration between the Natural Resources Defense Council and the Soviet Academy of Sciences. This historic joint venture sought to show how nuclear treaty compliance could be monitored remotely, using an active, nuclear-armed Soviet Navy missile cruiser as a test subject. Marty was a gifted and popular educator, invited to teach introductory and advanced physics at Queens College, Stony Brook University and Suffolk Community College. He was also a dedicated nature lover, eco-traveler, gardener, photographer, diver, and sailor, and passed these passions to his children. With Roberta he was an active contributing member of the Jewish Center of the Moriches, serving multiple terms as Congregation President. He is survived by his brother Robert Zucker; by his four children, Jane, Michael, Miriam and Daniel Zucker; and by a grandchild, Lily Zucker. The family asks that donations in his memory be directed to World Wildlife Fund, www.worldwildlife.org Services will be held in Long Island, New York Arrangements by Levitt-Weinstein Blasberg-Rubin-Zilbert Memorial Chapel (305) 932-2700

The family of Dr. Martin Samuel Zucker created this Life Tributes page to make it easy to share your memories.