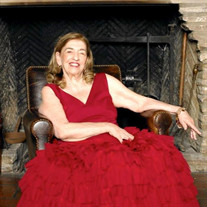 Fanita Stone Presman A Miami Political Figure And Grandmother of Film Director Brett Ratner Fanita Stone Presman passed away in Beverly Hills, California on the 16th of January 2022 Fanita was born in Havana, Cuba on the 3rd of January 1924. Her parents, Max Stone and Berta Cerkaskaya, together with Fanita’s brother Mario, immigrated to Cuba from Russia in 1922. Fanita’s father Max owned and managed various small businesses in Cuba including the importation of convenience store goods and some small hotels. Her mother, Berta operated a thread store in Bernaza Street in the center of Old Havana, where Fanita’s family first lived, above the store. Growing up, Fanita travelled often by ship, with her father, mother, and brother to the United States. Fanita and Mario would stay with her cousins in Hoboken, New Jersey, while her parents travelled on business. Fanita was first schooled at the Centro Israelita de Cuba, a short walk from the family’s home in Bernaza and after the family moved to Vedado in the western suburbs of Havana, she attended the Colegio Buenavista, a private high school. Fanita had a wonderful childhood in Cuba surrounded by her many aunts and uncles and a lifestyle punctuated with large family gatherings, trips to the beach and vacations in Miami. Upon graduating high school Fanita studied Political Science at Southwestern University in Memphis, Tennessee (now Rhodes College) while her brother Mario was completing his medical fellowship at the nearby Campbell Clinic. Fanita first met her future husband Mario Presman in Havana on her 9th birthday, but their relationship began as young adults after his family’s return from the Dominican Republic and following Fanita’s college studies. They were married in Havana on the 31st of December 1946, and they honeymooned in Varadero on Cuba’s northern coast. Mario Pressman, like Fanita’s brother, was studying to become a doctor and after graduating the newly-weds moved to live in the prestigious Vedado community. Fanita became a mother on the birth of her daughter Marsha ‘Marcia Elena’ and for a second time on the birth of her son George. As a young mother, Fanita involved herself in Jewish welfare organizations and became the President of the Young Women’s International Zionist Organization (WIZO) in Havana. Life changed dramatically for Fanita and her family after the Cuban revolution in 1959. She and Mario, together with other members of her family, decided to leave Cuba permanently but obtaining passports and visas was complicated. Fanita’s mother Berta and daughter Marcia Elena were sent ahead to live in Miami because they already possessed the required documentation. After attempting to transfer some of their possessions to the US, Fanita, Mario and George arrived in Florida on the 15th of august 1961, leaving behind their house and most of what they owned. Fanita settled with her family in Miami Beach, Florida and became a naturalized citizen of the United States in 1968. With her natural charm, abundant energy and a large network of exiled Cuban family and friends she passionately immersed herself in local, state, and national politics. Over the next thirty years, Fanita worked tirelessly as a political organizer on mayoral, congressional, senatorial, governorship and presidential campaigns including those of Alex Daoud, Bob Graham, Lawton Chiles, Jeb Bush, and Bill Clinton. Her fundraising skills and ability to stimulate the Cuban Jewish community and wider Hispanic voters in South Florida made her highly sought after by campaign managers from all branches of government. She became a close friend, supporter and ally of former Senator and Congressman Claude Pepper and she helped elect dozens of judges to state and local courts. With her broad smile, and flamboyant personality she was the consummate hostess at political and social gatherings in Miami. Fanita was admired and respected for her ability in bringing different people and communities together, regardless of their race, religion, or political affiliation, to strengthen the democratic process -- she had an unabashed love for her adopted country and for the democracy and freedom it offered to all. In 2000 Fanita moved to live with her beloved grandson Brett in Beverly Hills, California. She was his most ardent supporter, and it was Fanita, from day one, who inspired and encouraged his success with her positivity, enthusiasm, and imagination. In 2014, her adored husband of 68 years Mario passed away. Her twilight years remained full of social gatherings and even as a nonagenarian she could captivate an audience with her colorful stories and rich sense of humor. Fanita Stone Presman is survived by her loving children, Marsha and George, and cherished grandchildren Brett, Max, Dash, Skyler, and Chanel. Chapel service 11:00 am Thursday, January 20, 2022 at Levitt Weinstein Blasberg Rubin Zilbert Memorial Chapel, 18840 W. Dixie Highway, North Miami Beach, FL 33180 (305) 932-2700.

The family of Fanita Stone Presman created this Life Tributes page to make it easy to share your memories.