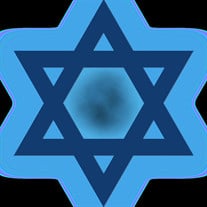 Krolick, Marshall D. Marshall D. Krolick, age 82 of Weston, FL, formerly of Northbrook, IL. Devoted husband of his high school sweetheart and beloved wife of almost 60 years, Roberta (nee Anders). Cherished by his children Andrea, Debra, and Jordan (Kim), son-in-law Scott Ulick, and grandsons Danny, Jeremy, and Drew, who feel lucky that he was their father and grandfather. Beloved brother-in-law to Phyllis (Bob) Jacob, Dennis (Estra) Anders, and the late Gary (Shelly) Anders. Adored son of the late Morey and Dorothy (nee Blank) Krolick, and much-loved son-in-law of the late Archie and Freda (nee Mondrus) Anders. Graduate of Von Steuben High School, Drake University and Northwestern Law School. Marshall’s vocation was commercial and industrial real estate law as partner at Deutsch, Levy, & Engel, but his avocation was Civil War historian. He was a nationally-recognized expert, published author, battlefield tour guide, and frequent speaker, with particular expertise on the Battle of Gettysburg and the 8th Illinois Cavalry. He joined The Civil War Round Table of Chicago in 1961, later serving as President, and as editor of its newsletter. He received the CWRT Nevins-Freeman Award in 1990 for distinguished scholarship and dedication to Civil War studies, and received Honorary Life Membership in 1985. His published works include articles in most of the major Civil War magazines, and he was for several years a columnist for Civil War Times Illustrated. In recent years, Marshall enjoyed being a docent at the Civil War Museum in Kenosha, WI. Throughout his life, Marshall volunteered generously at countless organizations. Those who met Marshall quickly recognized that he was skilled, dedicated, and a man of integrity. He served as President of Congregation B’nai Jehoshua Beth Elohim, President of Ravinia Green Country Club, Executive Vice President of the Les Turner ALS Foundation, 21-year member of the Zoning Board of Appeals of Northbrook, IL, founding Board Member of HAAPE, and Board member of Temple Dor Dorim. He was Vice Chairman, Committee Chair, and later Honorary Board Member of the Union for Reform Judaism, the international organization representing nearly 850 Reform Jewish synagogues in North America. He supported many other historical organizations, including other Civil War Round Tables, the Gettysburg Foundation, the Chicago Historical Society, American Jewish Historical Society, Southern Jewish Historical Society, Chicago Jewish Historical Society, and several preservation associations. Marshall loved to play golf (the only time he didn’t wear cowboy boots) and gin rummy, and was a valued trivia team member. He was a connoisseur of East Carolina BBQ, Chicago hot dogs, and all kinds of condiments. He was a longtime season ticket holder of his beloved Chicago Cubs and of the Chicago Bears, and faithful fan of the Chicago Blackhawks. He always appreciated getting and giving a good laugh. Marshall will truly be missed by his extended family, his countless loyal friends (both lifelong and recent), and his many admirers. To keep everyone safe and healthy, the interment Friday, February 19 at 1:30 pm EST will be streamed via Zoom at https://viewneral.zoom.us/j/98503458414?pwd=MjVrS1o1c2p0ZC9ZWHJ5RHF4TFQ1Zz09 In lieu of flowers, donations in Marshall’s memory can be made to Temple Dor Dorim (www.dordorim.org), Congregation BJBE (www.bjbe.org), and Gettysburg Foundation (gettysburgfoundation.org). Arrangements by Levitt Weinstein/Beth David Chapel Hollywood, www.levitt-weinstein.com, 754-201-4134.

Zoom Viewing Link is provided in the Obituary