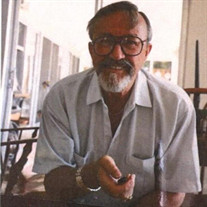 Morris (Moe) Deckelbaum, passed peacefully a day before his 99th birthday. Predeceased by Yetta, his beloved wife of 67 years, he was the loving father of Gordon (Deborah), Linda (Lawrence), the late Joan (Bob) and Carol (former spouse Stephen). Cherished Papa to grandchildren Bradley, Geoffrey (Brenda), Sara, Jessica (Dave), Gillian (Phil), Allie (Mike), Hannah (Sam), Rachel, Jamie, Andrea (Eric), and William, and his great-grandchildren Abbey, Lauren, Kayla, Isaac, Emily, Levi, Cooper, Skylar, Tate and Riley. Brother of the late Irving, Si, Hy (Gloria) and Joe (Naomi) and Freda (Rabbi Bernard Leffell) and brother-in-law of the late Ben Siegal (Madeline) Mary (Gerry Marcus), and Sam Afrin; survived by his eldest sister Faye Winikoff and sister in law Ida Afrin. He will be lovingly remembered by his extended family of dozens of nieces and nephews. Moe was a builder, not just of buildings, but also of relationships, community, and family. He graduated from McGill engineering and worked for Canadair for a short time. He then turned his attention to what would become his career passion. He started building homes in Montreal in 1947, eventually developing neighbourhoods there and then in South Florida. He was admired and respected by those with whom he dealt with, not just for his skills and accomplishments, but more importantly, for his honesty and integrity. A loving teacher and role model to those around him, Moe’s example instilled in his children and grandchildren a strong moral compass. He had a sense of curiosity, and a never-ending appetite for learning. Following in the tradition his father had set, he and Yetta worked tirelessly at bonding the family and helping others in any way they could. He was a generous man contributing heavily to Israel and other causes near to his heart. The family also extends their gratitude to Moe and Yetta’s exceptional caregivers Verona Blake and Jennette White. They were a very special part of Moe and Yetta’s lives over the last many years. We thank them for their ongoing love and dedication. Donations in his memory can be made to Rabbi’s Discretion Fund at Temple Sinai Hollywood 954-987-0026 or to 1400 N 46th Avenue Hollywood Fl 33021 Funeral Services Sunday 11/7 at 12:00 noon at Beth David 3201 NW 72nd Avenue. The family will be having a private Shiva.

The family of Morris Deckelbaum created this Life Tributes page to make it easy to share your memories.

Morris (Moe) Deckelbaum, passed peacefully a day before his 99th...