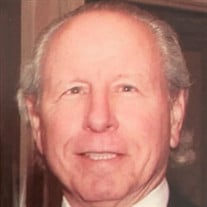 Stephen Cypen, 77, passed away peacefully at home on February 6, 2022. Born on May 29, 1944, in St. Petersburg, Florida, Steve grew up on Miami Beach and graduated from Miami Beach Senior High, University of Florida and University of Miami Law School. Steve was a brilliant lawyer, practicing law on Miami Beach for over fifty years and serving as President of the Miami Beach Bar Association. He earned two Board Certifications during his career, first as a marital and family lawyer and then as a specialist in city, county and local government law. Steve was the Town Attorney of Surfside for over thirty years and represented over fifty governmental pension boards around the State of Florida. He wrote and published a monthly newsletter that was distributed to over a thousand lawyers and government officials. Steve’s dedication to the law, however, was only part of a life-long dedication to helping people, especially the less-fortunate. In this regard, Steve followed the example of his late parents, Irving and Hazel Cypen. Steve was a leader in charitable and civic pursuits, serving as Chairman of the Board of Miami Jewish Health Systems, President of the Jerome A. Yavitz Charitable Foundation, of Miami Beach Kiwanis Club and of Miami Beach Civic League. He was also involved in numerous other charitable organizations and was recently inducted into the Miami Beach Senior High School Hall of Fame. His philanthropy touched and improved the lives of so many within the South Florida community and beyond. Steve will always be remembered for his intelligence, his quick wit and sense of humor, and his deep devotion and loyalty to family and friends. Steve is survived by his wife, Arlyn; two children, Jennifer Kaplan and Leslie (Peter) Diamond; four grandchildren, Benjamin Kaplan, Annabel Kaplan, Lila Diamond and Izzy Diamond; four siblings, Bonnie C. Epstein, Wayne (Nicole) Cypen, Tad Cypen, and Myles (Tony Rodriguez); and many nieces and nephews. The family would like to thank Steve’s doctors, Carlos Singer and Peter Segall, as well as his care-givers, Keith Brown, Joshua Hinds and David Rich. A private funeral service was held. Due to COVID-19, no shiva will be held. The family suggests contributions in Steve’s memory be made to Miami Jewish Health Systems Foundation, www.miamijewishhealth.org/giving Arrangements by Levitt-Weinstein Blasberg-Rubin-Zilbert Memorial Chapel (305) 932-2700

Stephen Cypen, 77, passed away peacefully at home on February 6, 2022. Born on May 29, 1944, in St. Petersburg, Florida, Steve grew up on Miami Beach and graduated from Miami Beach Senior High, University of Florida and University of Miami Law... View Obituary & Service Information

The family of Stephen Cypen created this Life Tributes page to make it easy to share your memories.

Stephen Cypen, 77, passed away peacefully at home on February...